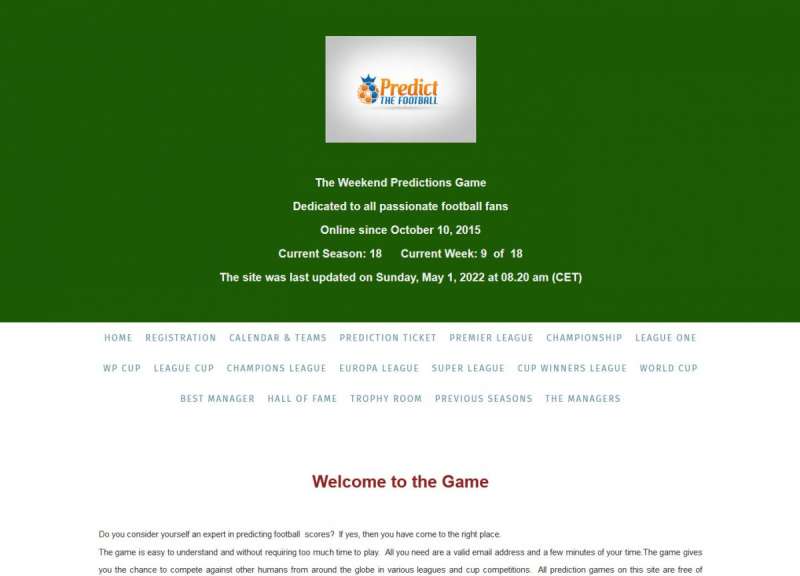 Each week the participants have to predict the outcome of football matches from the top leagues in Europe (English Premier League, Italian Serie A, German Bundesliga, Spanish La Liga, French Ligue 1), international caps and even national teams.

But unlike the usual games of the genre you are not just a position in a global ranking, you take part in a league system and your main objective is to be better than other users in your division by predicting football scores better than them.

Each participant will play against the other participants twice on a Round Robin format. Match days are played once a week. The final score depends on how many games one predicts and at the end of season there are promotions and relegations. 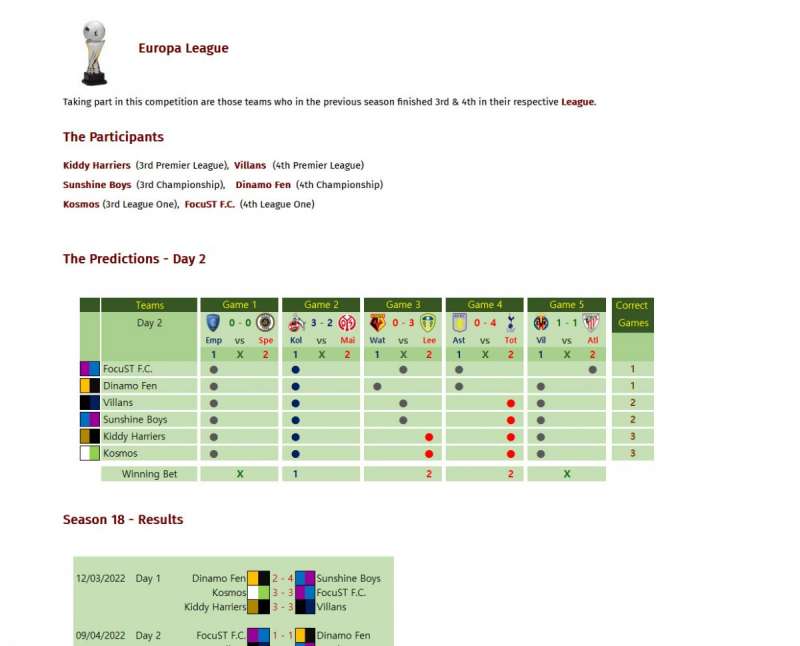 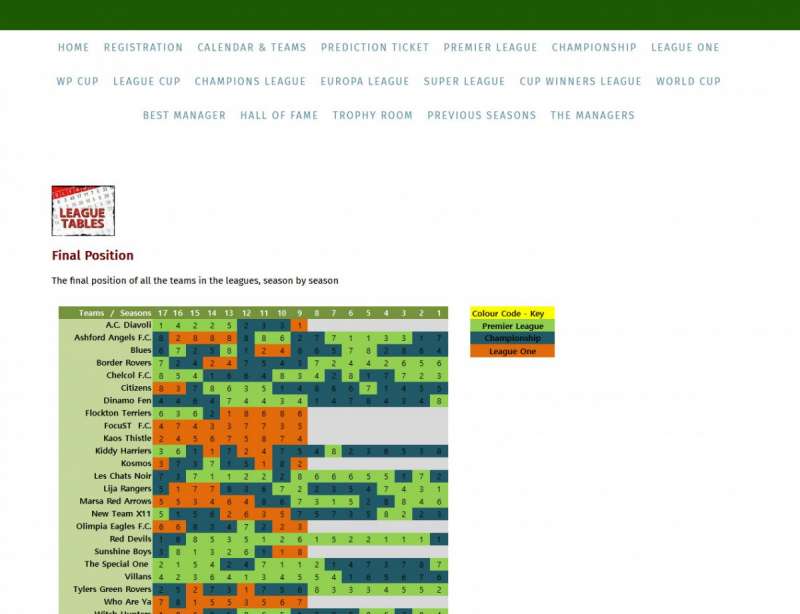 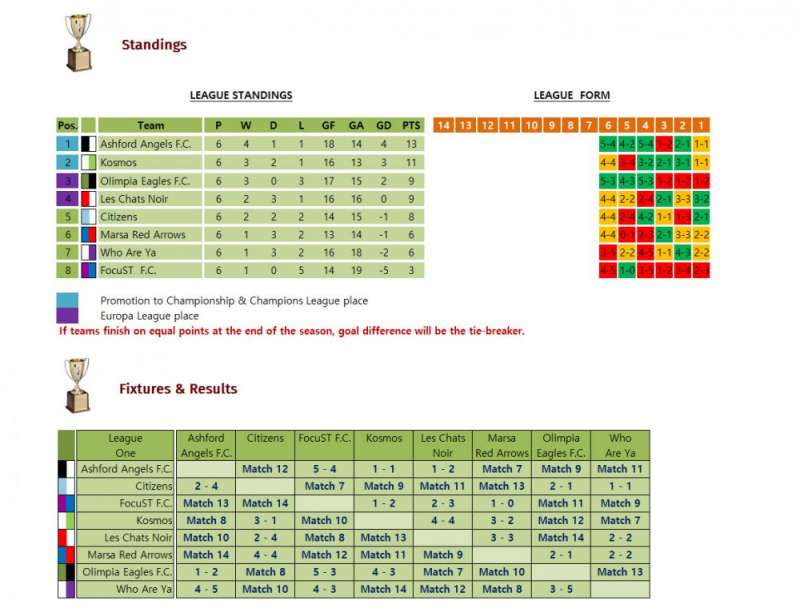 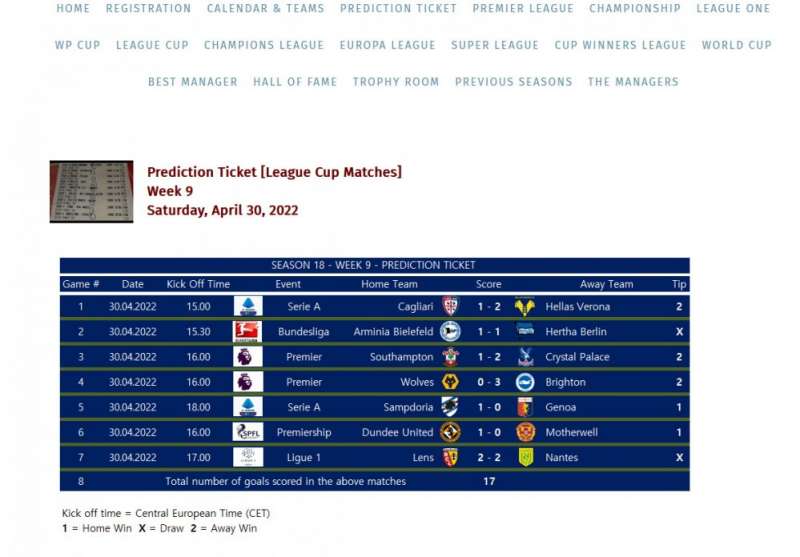