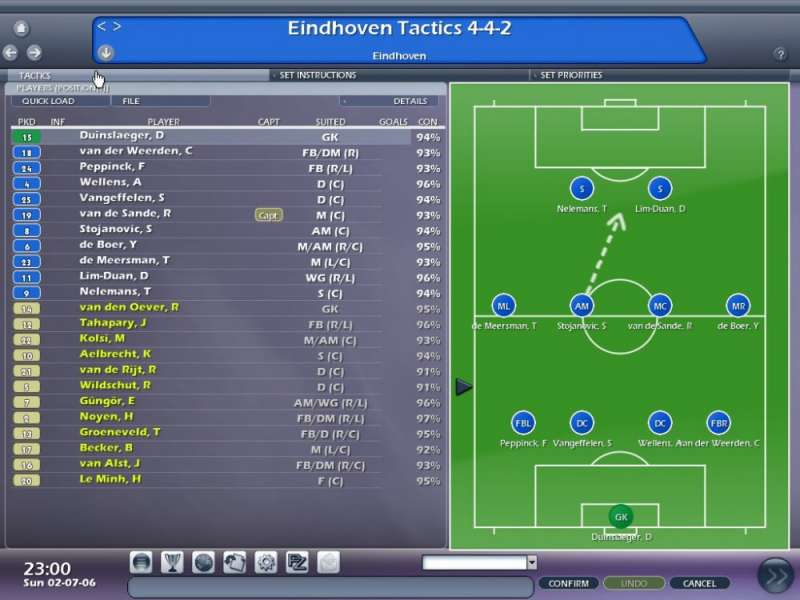 Just like the previous version, Championship Manager 2006, the game was a bit of mixture of old elements and new - the interface was more or less classic with several screen containing all the data you need to manage your team, but they moved from 2D match engine to 3D technology, which was cute, but (just like in 2006) not always was providing the best angles to watch the events.

There were several countries available to choose from, you could run any of the clubs from top divisions and at the same time a national team (not necessarily the same as club), but they were just the most popular ones, like Italy, France, Holland, Ukraine, Denmark, England, etc. Rest of the countries and clubs were represented by just skeleton squads of players or randomly generated ones.

The match engine itself contained of two layers - one was offering the more classic data with percentage of shots on target, completed passes, etc. to give you the glimpse of what is happening, but the match highlights with options to configure were also available on the other layer. You could watch only some of the events of your own or both teams, you could set the speed of the highlights, there were several cameras to choose from. Unfortunately the characters of the players were quite small and on most of the camera views you could hardly tell what exactly is going on.

This version wasn’t really a step forward comparing to Championship Manager 2006, more of an update, with same pros and cons of the whole project. 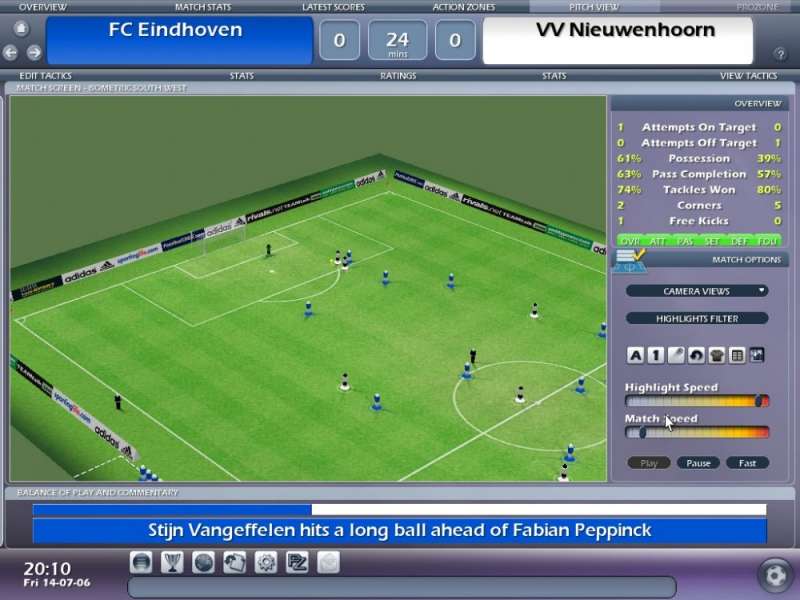 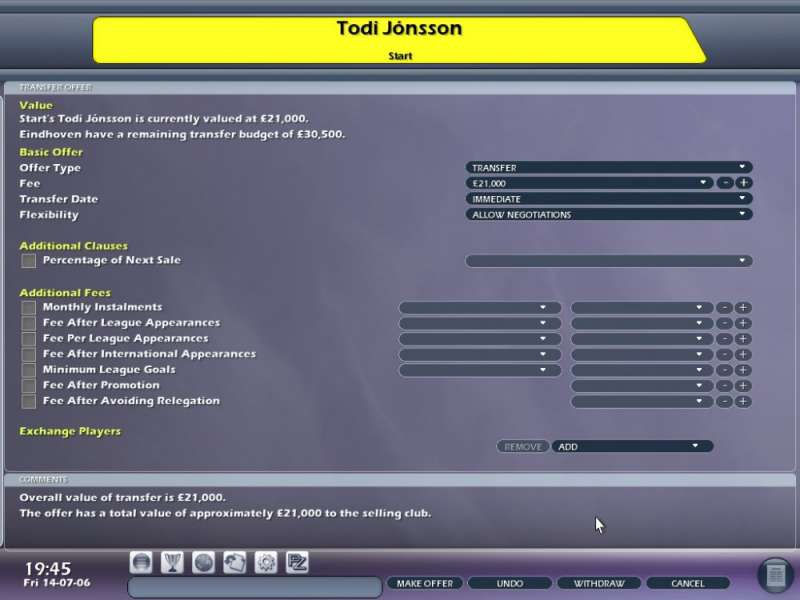 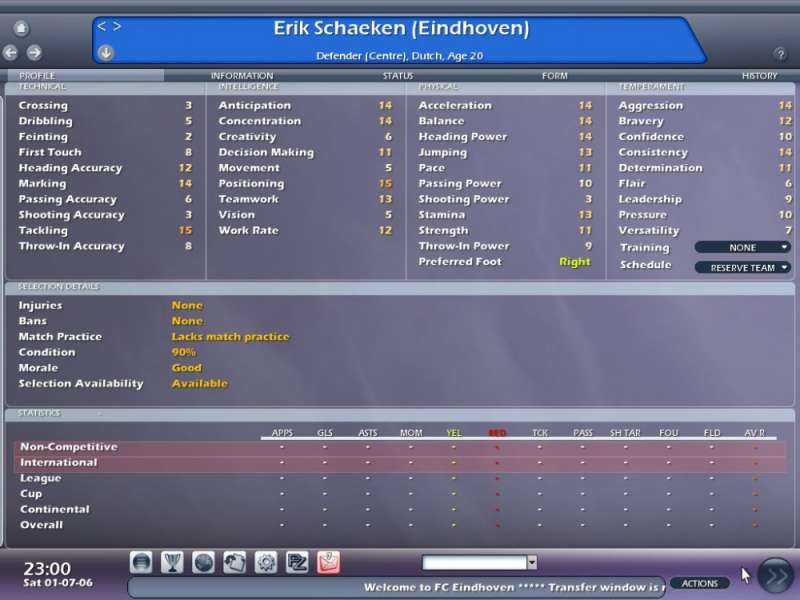 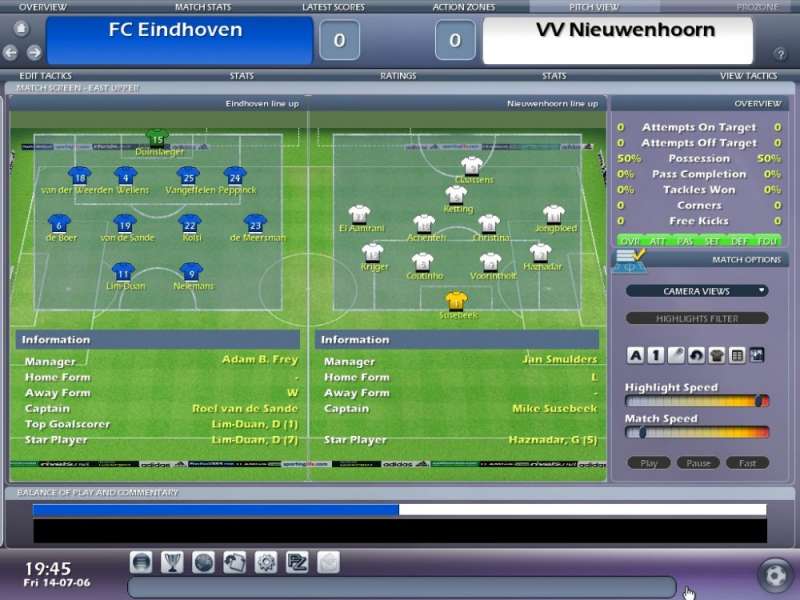