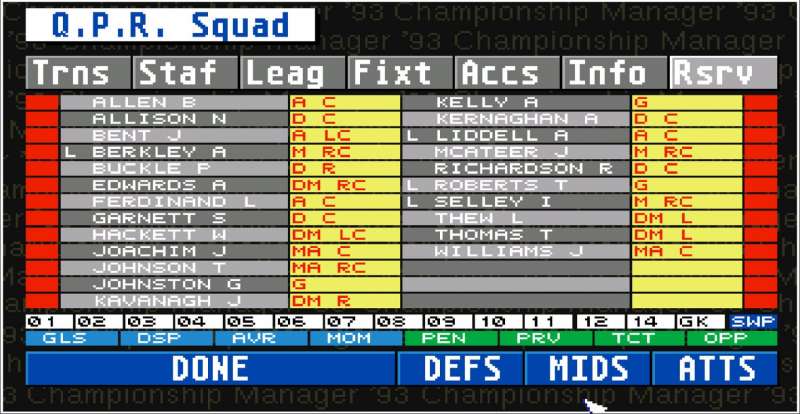 Championship Manager is one of the icons of soccer manager games - although graphically not appealing (most of the screens, including the match viewer, consisted of text and colour bars), but it was well devised game that simulated English divisions and had options unavailable in other soccer managers at that time. First of all there was an option to change the club during the game or resign from position in current club and still be in the game - there was a list of vacancies and manager could apply for any of them.

Second interesting option was youth team, where young players with only limited informations about them, were available to fill any positions that first team was short of. Also, with time, those youth team players were promoted to first team, which was one of the sources of players. There was a transfer list, free agents list, foreign players (in those times English divisions had restrictions how many foreign players could be part of the team) and 4 professional divisions to find suitable players. Also the best players would eventually move to foreign leagues (like Italy, Spain, Japan, etc) and still be available to bring them back (if they would like to).

Championship Manager had also option to develop whole tactics for the team, not only formation, but also if players would play offensive or defensive. Match engine and match viewer were rather simple, but with plenty of options to manage the team it did not really matter. Overall a game that was ahead of its times - when other titles were moving towards improving the graphic side Championship Manager was a bit olf fashioned, but yet unforgettable. All time classic. 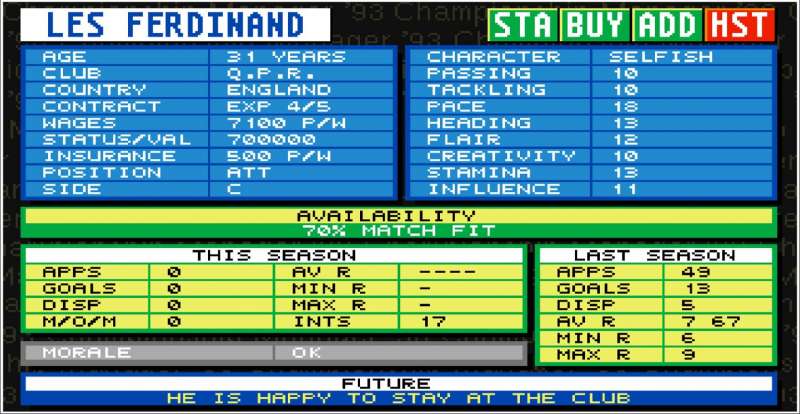 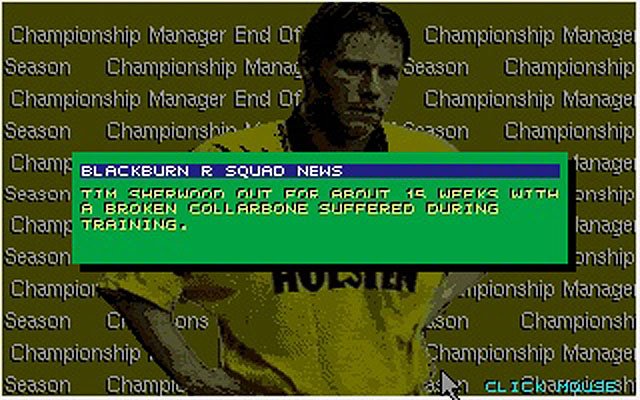 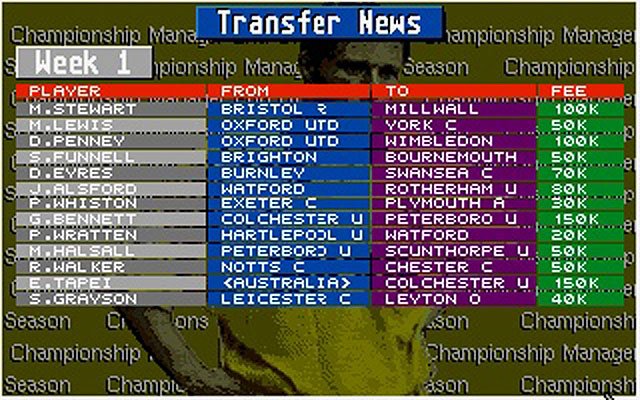 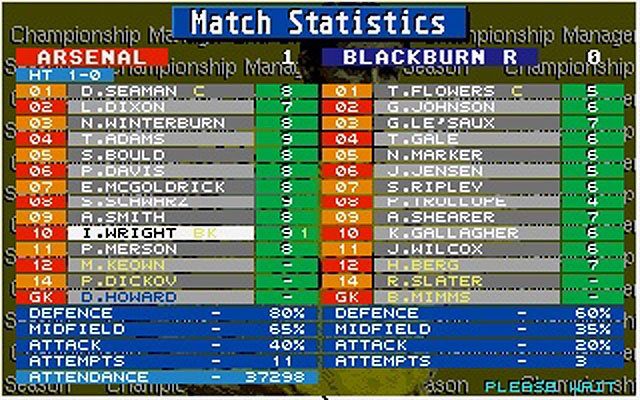