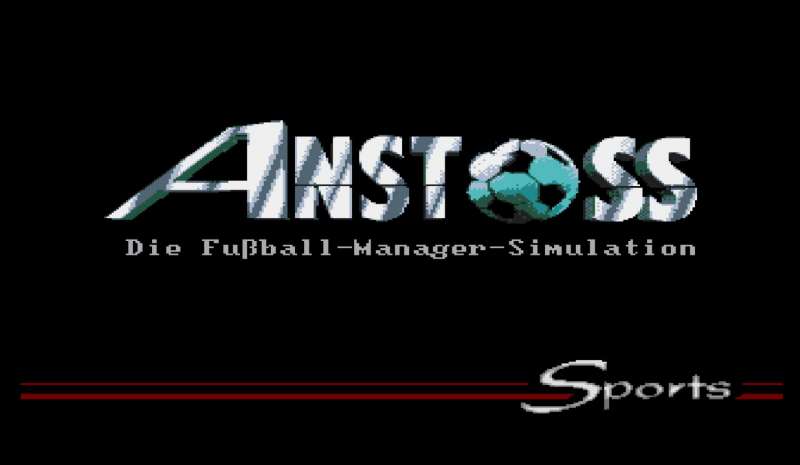 Anstoss was an unusual game of the genre, at least when it comes to German football games. The main elements were typical - we take over the Bundesliga team and compete in league, local and international cups, the skills of our players are described by only one value (between 1 and 10) and form factor (between 1 and 20) that put together show us the match value of that player at this moment in time. Training options, tactics, transfers - all of it was simplified, while player statistics were almost non-existent.

So how Anstoss was different from other games? It had great atmosphere. Yes, there were details missing (f.e. we could not buy any player, we could use only a short transfer list available), there were no youth team options or match statistics, but once you saw a match they did not really matter any more. The animations with different endings were used to display the events during the match, but also there was a commentary describing different aspects (like fans songs or referee decisions).

But what was going on outside of the stadium were equally involving - each round we got the team of the week page, top scorers list, sometimes we are asked to give interview for the media and finally we get the random events. Some of those random events were just silly, some of them were interesting, but some of them could be quite shocking (f.e. if your player was caught using doping he might be banned for up to 2 years).

Anstoss is one of the games that shaped the genre by concentrating on the atmosphere around the club and not the nitty-gritty, like statistics or extensive player parameters. 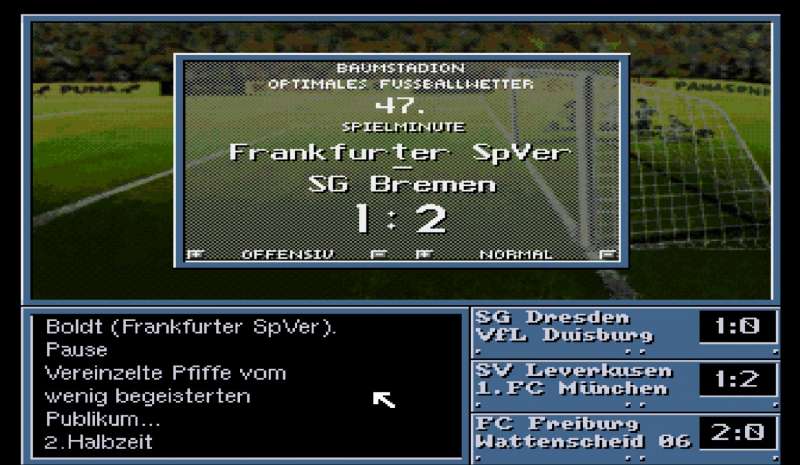 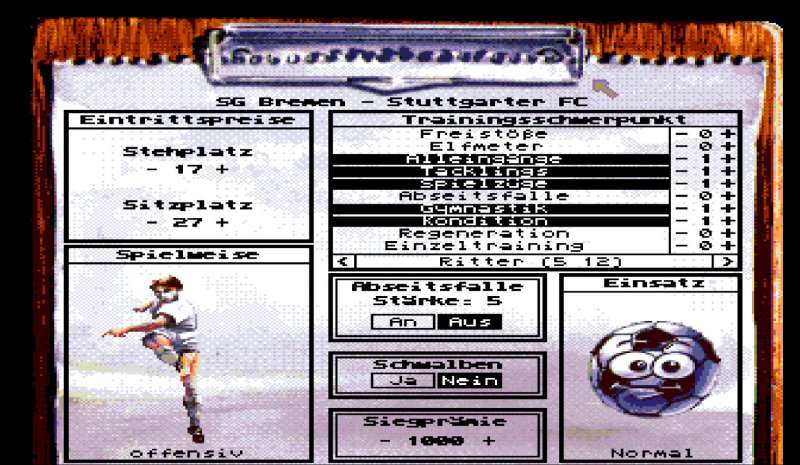 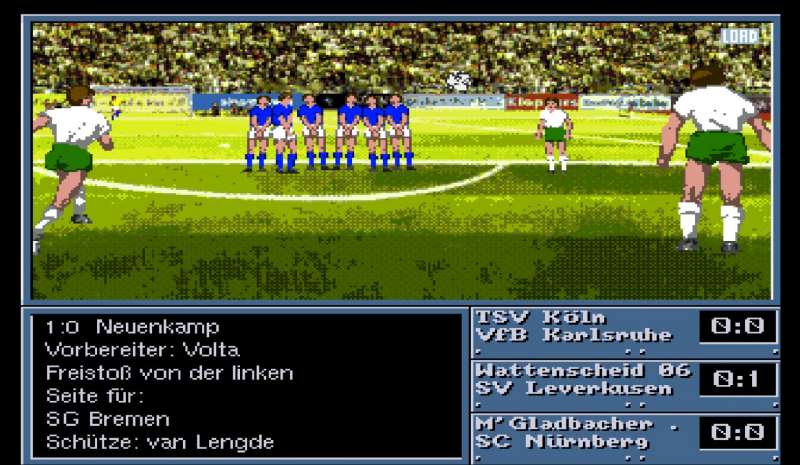 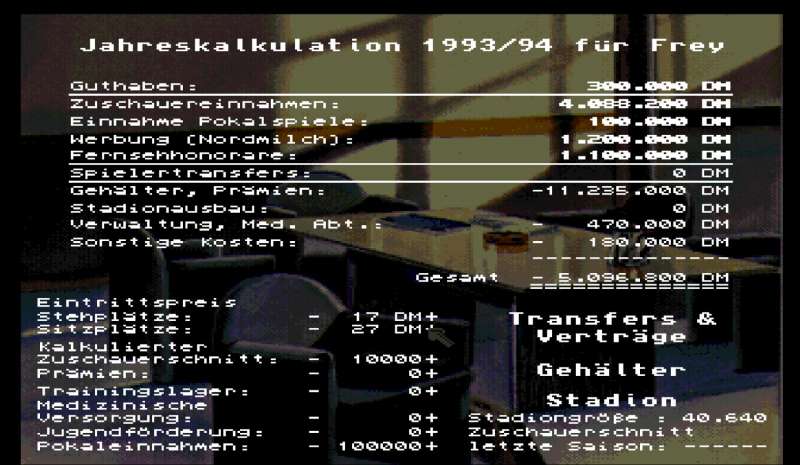