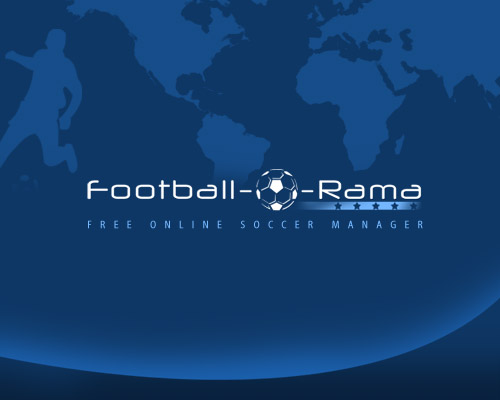 In Elite Cup current cupholders, Nothing Toulouse FC (Div C1), were unexpectedly beaten by Junior MKS (Div A1) after penalties since both matches were won by away teams 2-0. In the final Junior MKS will face Bombezni Lamantyny (Div B1), who made spectacular comeback away against Kimmeridge (Div C1). First match was drawn 0-0 and in second leg Lamantyny managed to win 4-2. In HSLS Cup 2 two team from Division B1, Chievo Verona and FC Joker, lost playing away and in cup final JR All Stars (Div D1) will face Potion Drinkers (Div A1). The LLLB Cup there were no surprises, RAEC Mons (Div C1) won the first match against Floresta FC (Div A2) 5-2, and in second leg they only increased their advantage by winning 2-0 away. In second semifinal SGFCcn (Div A1) beat Midvagur Riverbank FC despite losing the away match 0-1.

Sponsorship negotiations were (finally) reworked: - now the page will show what staff members take part in the negotiations (if any), - the progress is shown (if possible) using percentage, - the basics of negotiations are present in the context help. Also few changes were made to the mechanics: - negotiations updates will take place more than once a week, - the borderline value to sign contract prematurely was lowered to 51%, - small tweaks were done to the influence of current results on negotiations, - older trophies have influence on negotiations, - sponsors will terminate negotiations if they feel they are going nowhere.

First elements of the new match report are used from now on - the lineups of both teams are available in more clear formula with additional colours (from red to green) used to highlight the rating player got in this particular match. This is part of the match report rebuild, further elements will be upgraded before end of current season.

New team kit editor is available - it allows you to preview all of the options available and add elements to temporary version of your kits before making the new version public. Two first "premium" features are available now, one of which is linked to the kit editor. If you have VIP points in your account you can spend them on adding pattern to your team kit (additional button and options will be available). Second "premium" option lets you change your player name - just click on his name in details page and you will get access to form that will allow you to enter new name for that player. Unlike the team kit change of the name requires admin approval, so keep in mind that new name for your player should be within his nationality. The VIP points will be deducted from your account once the name is approved. Right now there is no option to buy VIP points, there will be one in future. If you do not have VIP points all you have to do is wait until start of next season - you will get some at that point.

Polish language version is available now. It still is pretty much "work in progress" version, but most of the interface is already translated. The missing parts of translation are available in English. At the same time the user preferences are available in the account page - so far you can choose language version and type of players list you wanna see in your team, but further options will be added with time.

New feature is available in the menu - the small clipboard icon leads to Team Status page, which will give managers some insight into what they might have missed, like choosing team captain, hiring staff members or missing a training schedule. The status page also refers manager to places, where he can fix the problems or find some more data about it. Hopefully this will make it easier for new managers to grasp the basics of Football-o-Rama, but also it might help current players to spot the details they missed.

No, not the 1 million new users in 7 days, but it’s Monday afterall, so... fingers crossed! This new milestone is huge, although noone actually asked for it :) How huge it is? If you are not interested in taking part in them it will not change your life. If you are interested in taking part... it will not change your life either. But if you spent last 3 weeks working on it really is huge, it’s like having a smaller game hidden within bigger game. Well, anyway - indoor championship is the new huge change to Football-o-Rama. It was one of the elements that was planned from beginning, but there were always more important things to take care of. There still are more important things to fix in the game, but indoor tournaments are here anyway. This part of the game was inspired by German competition from 1990s and early 2000s called DFB Hallenpokal. What is it all about? Each week 6-a-side indoor tournaments will take place on Wednesdays, each with 6 teams taking part. You can join up to 5 of them each season, you will have to assign at least 6 players to your indoor team and select separate lineup. The tournament is split into group stage, in which 3 teams will face each other once, top two teams will play in semi-finals and two winners of semi-finals will play in the final. Each tournament has prizes for best teams - winner gets the amount listed in the calendar, the finalist will get half of the amount and each semi-finalist will get 10 per cent. Also winner of tournament will get 5 points, runner-up will get 3 and semi-finalists will get 1 point to the indoor championship ranking. At the end of the season top 6 teams that gathered most points in tournaments will take part in Masters Tournament, in which the prizes are much higher. Why would you want to take part in indoor championship? 1. you can earn money 2. it is chance for players that have no chance to play in league or cups to get some experience 3. matches are completely different and require different skills, so even if your team is struggling in the league your players could be great in indoor tournaments 4. because someone, who will remain nameless, spent 3 weeks working on it and you feel sorry for him The tournaments are already drawn for current season, first will take place in 2 days, visit My Division > Indoor Championship for details.

Team analysis page is now available in slightly improved version - the stars system was adapted to show the range for the formations (f.e. if it is 2 stars out of 5), but also this function got new modes. The page so far was showing the average data for the players available to be used in the lineup, but now you can switch between whole team (every player in the club), first team, reserve team, starting lineup (only the starting eleven) and available players (players from first team that are fit to play). And quick reminder - in order to have access to team analysis you need to have data analyst in your club staff.

Transfer market just became slightly easier to use - in two overcrowded parts the list was replaced with search / filter options. Those two parts are free players and staff market - instead of long list now you can select position / profession, age and skill level to find shorter list for potential candidates. The value is stored within your session, so reviewing players on the list or moving around the website does not mean you will have to choose the settings again to continue your search.

Well not here, in the blog, but here, in the game interface. In the icon menu you will find a new one that will direct you to my club > training schedule page, which has changed completely. On Mondays, Tuesdays, Thursdays and Saturdays you will be able to have 3 training sessions similar to those that were used so far: rest, main skill training, technical, tactical, physical, regeneration or practice match. After choosing a session and clicking "commence chosen session" you will get the session feedback with specific value of fitness gained or lost by particular players, plus in which technical parameters they have gained something. Those feedback reports are stored in my squad > training page, where you can review few of the latest sessions. Since this is a new feature it will need some re-balancing, but in general they are more or less aligned with plan for this season, which is return to the evil version of player fitness. That evil plan is so the older players would not regain full fitness level by the end of the season. Of course you can counter that plan by squad rotation or using regeneration sessions.

The club organization screen is available in new version as a part of preparations for interactive trainings. It was not revolutionary change, but rather interface improvement. Now it should give more clear understanding of what is going on - you can see the current assignment, those without assignment are marked in red, so it will be easier to spot problems. Also one change for this season - now goalkeeping and fitness coaches can be assigned to first or reserve team (previously only the main coaches) and scouts are displayed in separate section.

Since there were no mass protest we will move to interactive trainings from next week. Instead of weekly training report the changes will take place each day, including fitness changes. It still might need some time to balance the details, but initial tests show it should be fine. How will it work? On the days there are no matches (Monday, Tuesday, Thursday and Saturday) you can log in to your account and initiate training sessions for your team. You choose a session and straight away get the feedback - who worked well, who gained some skills, who was injured, etc. Each day you have same amount of sessions to use, but it might be wise not to use them all, otherwise your players might be tired for their next match. What will happen if you will skip a day? Nothing much, your players will have a rest. What if you do not want to take part in interactive trainings? There will be option similar to what was available so far - you can plan sessions for each day and the reports will be stored in your account. What can you gain from interactive trainings? First of all you can learn some more about your players, who might be good in to use in next lineup, who works hard in the trainings, who might need some break. Also you can adjust how hard they work each week - after each session you will see how tired the players are, so you can decide to implement more rest or regeneration. Will coaches / staff be useless? No, just like before, they will influence the trainings - f.e. physio will slow down the fitness drop, good coach will make the training session more efficient.

Small change to transfer policy - during pre-season weeks planned transfers will be completed more frequently than just usual once a week on Sundays. We are testing the 3 times a week scenario - after each friendly matches round, so Wednesday, Friday and Sunday. This change should give managers more chances to sign new players and test them during friendly matches.

From current season there is small change in new clubs policy - every new club created will be given chance to join only one of the 3rd divisions, contrary to previous policy, where new clubs were put in top divisions. There are few reasons behind it: - new clubs taking over places in top divisions during season was disruptive to other teams in 1st division, - new clubs had to face toughest opponents, which was not great for morale of the managers, - it will give new teams time to grow while facing opponents closer to their own level, - there are no relegations from division 3, so there is no pressure for good results straight away.